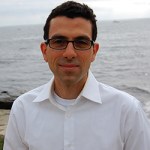 Tiago obtained a BSc in Physics from Imperial College, London and a PhD in Neuroscience from the University of Göttingen (Germany). He did his dissertation research work in the lab of Prof. Walter Stühmer at the Max-Planck Institute for Experimental Medicine. He moved to California for his postdoctoral training in the labs of Dr. Carlos Portera-Cailliau at UCLA and Dr. Fred Gage at the Salk Institute. Tiago joined the faculty of the Albert Einstein College of Medicine in 2016. 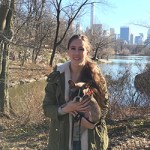 Agustina Frechou is a native of Montevideo, Uruguay, where she got her degree in Biotechnology Engineering. She was a student researcher in Dr. Raul Russo’s lab working on neural plasticity, spinal cord injury and repair. After being awarded the Fulbright Scholarship she moved to the US and is in her first year as a PhD student at Albert Einstein College of Medicine. Outside the lab she enjoys cooking, movies and walking around Manhattan with her frenchie. 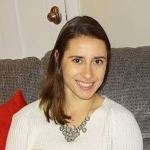 Kelsey McDermott is from Amsterdam, NY. She attended Williams College where she majored in Biology with a concentration in Neuroscience. At Williams she completed her thesis in the lab of Steven Zottoli, researching how aberrant pathways of Mauthner axons affect startle behavior in guppies. After graduating in 2014, she worked as a research assistant at the Tisch Multiple Sclerosis Research Center in NYC. While there she studied the role of microglial activation in MS using mouse models in the lab of Massimiliano Cristofanilli. Kelsey began the PhD program at Einstein in 2016. Her hobbies outside of the lab include ultimate frisbee and just about every type of dancing. 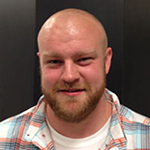 Jake Jordan is originally from Hyde Park, NY. He is interested in the neural basis of memory and examined the role of interhemispheric communication in split-brain mice for his dissertation. He completed his PhD in Dr. Carolyn Pytte’s lab at the City University of New York. Prior to graduate studies, he attended Northeastern University, KU Leuven, and Dutchess Community College. When not in the lab, he can usually be found at Yankee Stadium. 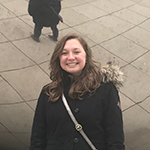 Elizabeth is an undergraduate student at Fordham University where she majors in Integrative Neuroscience and minors in Bioethics. At Fordham, she is a student research assistant in Dr. Sarah Grey’s lab which uses electrophysiological technology to study second language acquisition. Outside of the lab, Elizabeth enjoys running, swimming, and exploring New York City. 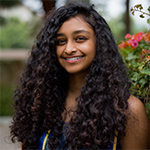 Sunaina Martin is from Bellary, India. She received a degree in Neuroscience from UCLA where she worked in Alcino Silva’s lab, using miniscopes to study spatial coding in the retrosplenial cortex. In addition to lab work, she is interested in science policy and communication. Outside the lab, she can be found cooking, writing, or training Muay Thai. 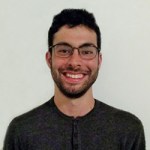 Elie Goldberg was our first lab technician. He left in June 2017 to join the MD-PhD program at Columbia University. 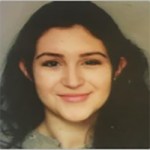 Gjystina Lumaj was a Summer volunteer. She is an undergraduate student at Carnegie Mellon University. 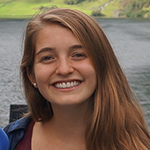